Are You At Risk of Misclassifying Employees?

On January 6, 2021, the Department of Labor Department announced a final rule clarifying the standard for employee versus independent contractor under the Fair Labor Standards Act (FLSA). The effective date of the final rule is March 8, 2021.

This rule brings long-needed clarity for American workers and employers. Sharpening the test to determine who is an independent contractor under the Fair Labor Standards Act makes it easier to identify employees covered by the Act while recognizing and respecting the entrepreneurial spirit of workers who choose to pursue the freedom associated with being an independent contractor.

In a July 5, 2017 article written by David Weil in the Harvard Business Review, he explained the growing trends and why so many organizations unwittingly make the mistake of misclassifying employees. “The use of independent contracting has grown dramatically over the past decade, with one estimate suggesting it has increased by almost 40%, going from 6.9% of employment in 2005 to 9.6% in 2015. According to a 2009 report issued by the United States Government Accountability Office, a significant portion of independent contracting doesn’t pass the smell test and, in fact, represents misclassification of workers. For example, about one-third of construction workers in the U.S. South, an industry where the problem has been long entrenched, were estimated to be misclassified. This number isn’t exceptional, as state-level data shows that anywhere from 10% to 20% of employers misclassify at least one employee.

So what, exactly, constitutes worker misclassification?

It stems from a basic but decisive distinction in labor and workplace laws. Most people who work for an organization are employees under federal and state statutes. The definition of who is an employee varies between federal and state laws, which, admittedly, raises complexities for employers and workers alike. In broad strokes, however, the distinction is meant to delineate responsibility in situations where one person hires another to create something of value.

Further, laws define independent contracting as the case where the hired party exercises independence in determining basic features of the relationship like rates of pay, how and where tasks are done, and the opportunities for expanding or contracting that work based on the individual’s own skills, abilities, and enterprise. Of particular importance — and an appealing guide for me as someone who has taught managerial economics to MBAs — an independent contractor’s decisions and actions have significant impacts on opportunities for profits or losses.

In contrast, under employment, the hiring party basically calls all the shots: what the individual does, how they do their work and when they do it, what they are permitted to do and not do, what performance is deemed acceptable, and of course the rate of pay. (For a deeper look into the distinctions under the Fair Labor Standards Act and the 2015 guidance document).

A person who is considered an independent contractor is not covered by our most basic labor standards, minimum wage, overtime, and the fundamental proposition that one should be compensated for the hours they work. An independent contractor is also not covered by social safety net protections like workers compensation and unemployment insurance — and they fall outside of other protective legislation like the requirements of the Occupational Safety and Health Act and the opportunity to be represented by a labor organization under the National Labor Relations Act. Finally, an independent contractor is responsible for paying all federal (e.g., Social Security, Medicare) and state payroll taxes, making the appropriate contributions as both an employer and employee. Failure to do so exposes the individual to significant penalties (and also deprives state and federal government tax contributions—more on that later).”

The differences between an employee and an independent contractor largely involve compensation and control. An independent contractor will incur unreimbursed business expenses throughout the course of his or her work. He or she will likely have invested significant funds for the equipment used, is able to make his or her services available to others, and is typically paid a flat fee.

Employees do none of these things. Regardless, many employers misclassify employees as independent contractors for monetary reasons. By doing so, they avoid paying for taxes, overtime, benefits, unemployment, and workers’ compensation.

1. FINES AND BACK PAYMENTS

In cases where misclassification is deemed unintentional, an employer may be charged the following:

And that’s just if an employer didn’t mean it.

If the DOL suspects that misclassification was intentional, however, an employer can be charged the following:

The individual responsible for the misclassification can also be held personally accountable.

A misclassified employee who files a complaint may be eligible for benefits owed to them, including, but not limited to:

In addition to myriad fees and fines, audits, and class action lawsuits stemming from misclassification, it can also damage your organization’s reputation. It can put your company in the public eye, which can lead to negative publicity resulting in bad publicity.

How Can The Panther Group Help?

With the range of interpretations of the law based on individual situations, it makes sense to outsource the risk related to IC compliance to a neutral third party expert in the proper classification of these workers. The Panther Group’s Independent Contractor Compliance (ICC) Program manages the paperwork and the process – including documentation, Statement of Work (SOW), Certificate of Insurance, and tax forms, as well as ongoing monitoring to ensure your independent contractors remain in compliance. 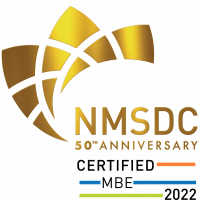